The International Association for Urban Climate - IAUC is pleased to announce Dr. Gerald Mills, of University College Dublin, Ireland, as the recipient of the 2021 Luke Howard Award for Outstanding Contributions to the Field of Urban Climatology.

Gerald is an influential urban climatologist and an outstanding researcher, widely known for his numerous scientific contributions, his genuine passion for the subject and its history, his generosity as a mentor, and his outstanding dedication to the urban climate community.

Gerald's research has had a substantial impact on many areas of urban climatology. This includes the urban heat island, urban canopy modeling, the multiscale surface energy balance, indoor and outdoor climates, the links between cities and global climate change, and the importance of sustainable urban design. He was instrumental in the WUDAPT initiative and is now perhaps even better known as a coauthor of the book Urban Climates, which has become a leading text not only for urban climatologists, but also for various disciplines interested in the urban environment. Alongside these scientific contributions, Gerald has amassed an impressive knowledge of the history of urban climate. He has brought the work of the early pioneers to the attention of today's community with remarkable commitment and enthusiasm. He can recite long passages from Luke Howard's The Climate of London, and has re-edited this book, line by line, to make it available again to the scientific public. For this alone, Gerald would be a worthy recipient of the 2021 Luke Howard Award.

Gerald received his Ph.D. from Ohio State University in 1989, then taught at Bowling Green State University, Ohio, and the University of California at Los Angeles, before moving to University College Dublin in 1997. His community involvement is exceptional, both nationally and internationally. Gerald has been a member of the WMO Urban Expert team for over a decade and has remained an important part of the IAUC since it was established over twenty years ago. His roles within the International Association for Urban Climate have included President, Secretary and Treasurer and he was the first editor of the IAUC newsletter Urban Climate News. His open mind and strong belief in international and interdisciplinary collaboration have helped foster an inclusive and supportive global urban climate community. He is a gifted researcher, an exceptional mentor, and an outstanding spokesperson for urban climate, and certainly a highly deserving recipient of the 2021 Luke Howard Award. 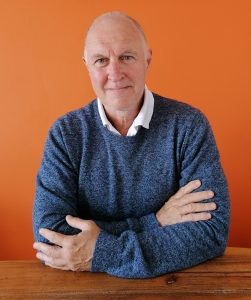